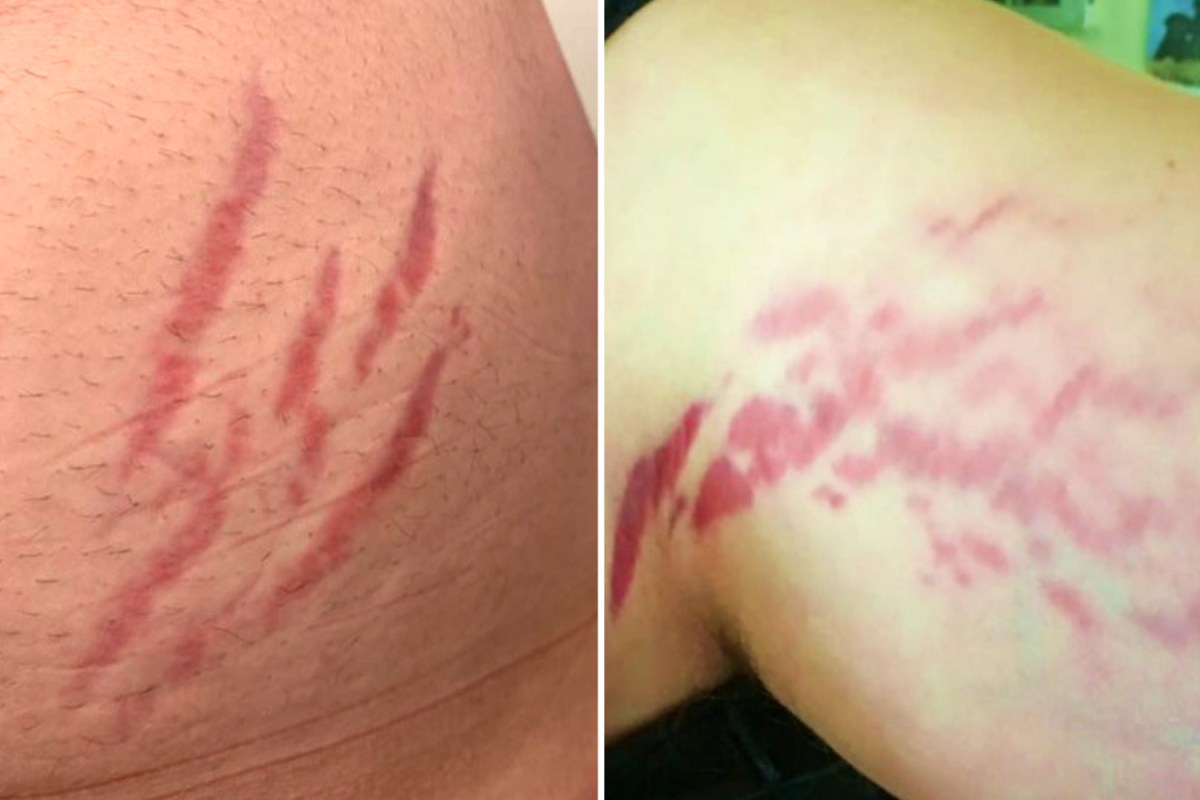 MENTAL health symptoms such as depression and anxiety can be triggered in humans who have been in “close contact” with cats, experts have warned.

“Cat scratch fever” is an infection caused by a kind of bacteria called Bartonella henselae.

Humans develop the fever if a cat or another animal such as dogs, birds or horses scratch you, bite you, or licks an open wound on your skin.

Experts have now warned that the lyrics from Ted Nugent’s 1977 song “Cat Scratch Fever” could be accurate.

The lyrics hint that a person who has been scratched by a cat is going insane: “You know you got it when you’re going insane”.

Writing in the journal Pathogens, scientists at the College of Veterinary Medicine, North Carolina State University said they studied 33 people.

Of those 33, 29 people were infected with Bartonella, and 24 people reported the stretch-mark-like lesions on the skin – that sometimes look like cat scratches.

Those who had the marks also displayed mental symptoms.

The experts said that the majority of patients claimed to have been in contact with animals such as cats, birds, dogs, horses and reptiles.

Bartonella can also be passed to people through fleas, spiders and mosquito bites.

The authors stated that Bartonella “might contribute” to lesions or neuropsychiatric symptoms.

They added that veterinary workers would be more likely to catch the illness as they are constantly in close contact with animals.

What is Cat Scratch Disease?

Cat Scratch Disease (CSD) is caught by kissing the furry friends or even touching their fur then touching your face – with kids most at risk of being infected.

The disease is relatively rare and affects about 4.5 outpatient diagnoses per 100,000.

Those coming into contact with the disease can suffer fevers, pustules with complications from the illness even becoming fatal.

The bacteria, known as Bartonella henselae, is picked up by a cat from flea bites or droppings getting into their wounds.

It is then spread when the cat licks a person’s open wound or bites or scratches hard enough to break the surface of the skin.

Symptoms include fever, fatigue, headaches, and swollen lymph node. In extreme cases, some can suffer from brain swelling and heart infections

They said: “Based upon the limited case reports and this case series, it is imperative to design studies that will determine if, or to what extent, Bartonella might contribute to concurrent cutaneous lesions in patients with neuropsychiatric symptoms.”

Other studies have previously suggested that teenagers could develop mood swings if scratched by cats.

In 2019 a teenager in the Midwest of the US was wrongly diagnosed with Schizophrenia.

After getting a second opinion he was found to have cat-scratch disease.

The findings were published in the Journal of Central Nervous System Disease.

In 2017 it was also revealed that a man was unable to get an erection after he was scratched by his cat.

Does the Covid vaccine cause period problems?

STEPPING UP THE FIGHT

Covid R rate STABLE but as high as 1.7 in new Delta variant hotspot

The unidentified patient, from Belgium, suffered erectile dysfunction due to an invasive cat scratch disease, according to BMJ Case Reports.

The young man told doctors he suffered the general symptoms including pain in his testicles.

He later revealed he was injured by the claws of a cat in his own home after further consultation.

The Centre for Disease Control and Prevention (CDC) states that Bartonella henselae bacteria has been found in the blood of roughly one-third of healthy cats.